Has it really been a month already? Sorry about that – I’ve been busy doing and not writing about doing for a change.

Lets catch up. Hows life with you? Great to hear!

Me? I’m currently in Istanbul, Turkey taking the long way home via Turkey and Nepal before heading back down to Antarctica in late October for the summer season. Yepo, so that’s definitely happening – more on that later.

So why Turkey you say? A fellow traveler in Romania planted the seed of a visit to Istanbul on my long, meandering trip homewards (cheaper to get home via Istanbul/Nepal than a direct flight from Bucharest). and so far its been on of those completely unplanned pleasures that makes wandering this planet so much fun.

Although nearing the end of week 3 now in Istanbul alone, I’ve only just started to settle in and really see the historic heart and troubled soul of this incredibly complex city.

Istanbul is just so breathtakingly beautiful at times you have to pinch yourself to remind yourself its real. 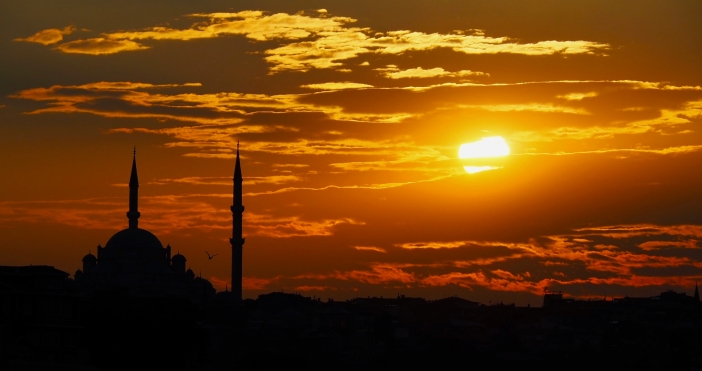 and the street cats rule… 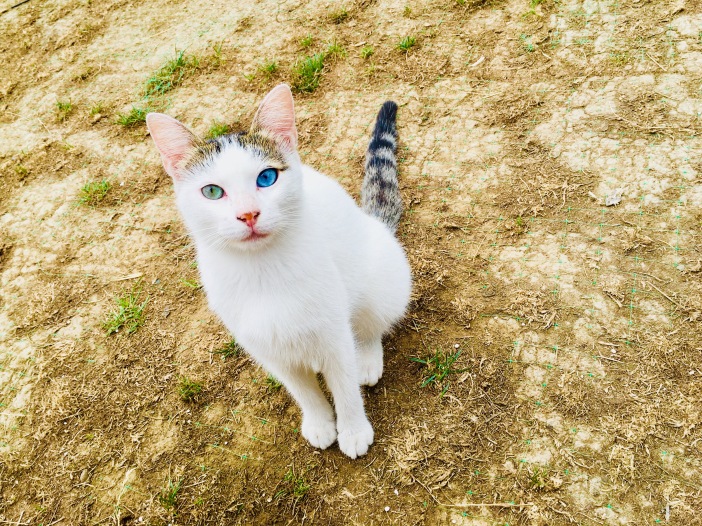 Last time we chatted I was in Romania, and I flew from Bucharest to Istanbul late last month.

The flight was cheap and uneventful – it was a little sad to leave Romania but it was finally time to move on I guess before I got too comfortable.

Flying TAROM Air, Romania’s national budget carrier – everything went smoothly despite all the negative reviews they get, and I arrived at Istanbul’s Attaturk Airport (on the Asian side) late in the evening.

The airport wasn’t particularly busy, but it was stifling hot and stuffy. Immigration was a breeze and the lines moved fairly quickly but I was a sweaty mess by the time I got to the barrier (never a good thing), but I guess everyone is here so they just stamped my passport and waved me through.

I’m glad I printed out my E-Visa and had it handy though – some people with an electronic version had trouble at Immigration.

First stop at the Attaturk Airport (once done running the Duty Free gauntlet) was to get some local cash from an ATM (easy peasy) and then find a local phone sim. I’d decided to just stay with Vodaphone (sheer laziness) instead of the recommended TurkCell. It was late and the Vodaphone reseller was the first shop I came to.

The language barrier became apparent as soon as I landed as I had done NO prep for the Turkish language at all. The Vodaphone sales rep gave me the whole sales pitch in stilted English as I tried unsuccessfully to keep up using Google Translate. In the end I gave up and just went with his recommendation.

End result – I got a prepaid sim with 17GB data and 1000 minutes of calls for about 370 Turkish Lira ($80 AUD). That is SUPER expensive (compared to the 5 Euro 50GB/unlimited calls/texts I got in Romania). Turkcell at the airport wasn’t much better.

Lesson learned? DON’T BUY A SIM FROM THE AIRPORT, and definitely don’t buy Vodaphone in Turkey. Go Turkcell and get it once you hit Istiklal St.

Anyway, I had connectivity and navigation now, which made life much easier and I could kick myself for lack of preparation later. It was late – 10pmish – and I had another hour on a bus to get to the Hostel. Ahhh the bus. now where was that shuttle to the City?

After a bit of fluffing around trying to find the right shuttle bay, I found the bus to Taksim, paid my 12 TL, and settled in for the ride. Resting my head against the glass window, the vibration of the bus soothing the jarred airport nerves, I watched the city lights slide by and noticed the traffic building. We crossed a massive suspension bridge, it’s wires and cables glowing a bright crimson red; unbroken streams of honking traffic and flashing headlights flowing relentlessly across its 6 lanes.

Then the bus arrived at the Taksim Square stop.

After the relative quietness of Bucharest (never thought I’d say THAT), landing in Taksim Square, Istanbul was a sensory punch in the face. I’d basically landed in the centre of THE tourist hotspot of Istanbul on a Thursday night and it was a little…hectic.

Bustling and noisy and crowded and everything that I wasn’t expecting (idiot), it took me a few moments to adjust before checking Google Maps and heading off towards my hostel, weaving through back streets and narrow alleys before finally turning on Istiklal Street.

WTF! TOO MANY PEOPLE.

Istiklal Street stopped me in my tracks as I tried to adjust to this new level of chaos. It was a swirling tidal wave of babbling humanity, people coming at you from every conceivable angle, bumping and thumping or elbowing past.

I was drowning slightly in this swollen flood of people and the sheer energy of it all was ferociously overwhelming. Pushing my way to the edge, I swam across the human rip and finally slipped into a sidestreet to escape the crowd and get back on track.

Only 2 streets off the chaos, down an eerily silent and deserted back alley,  I find my little Jumba hostel, a wonderful family run Hostel snuggled in between cafes and antique shops and my home for the next 3 weeks. 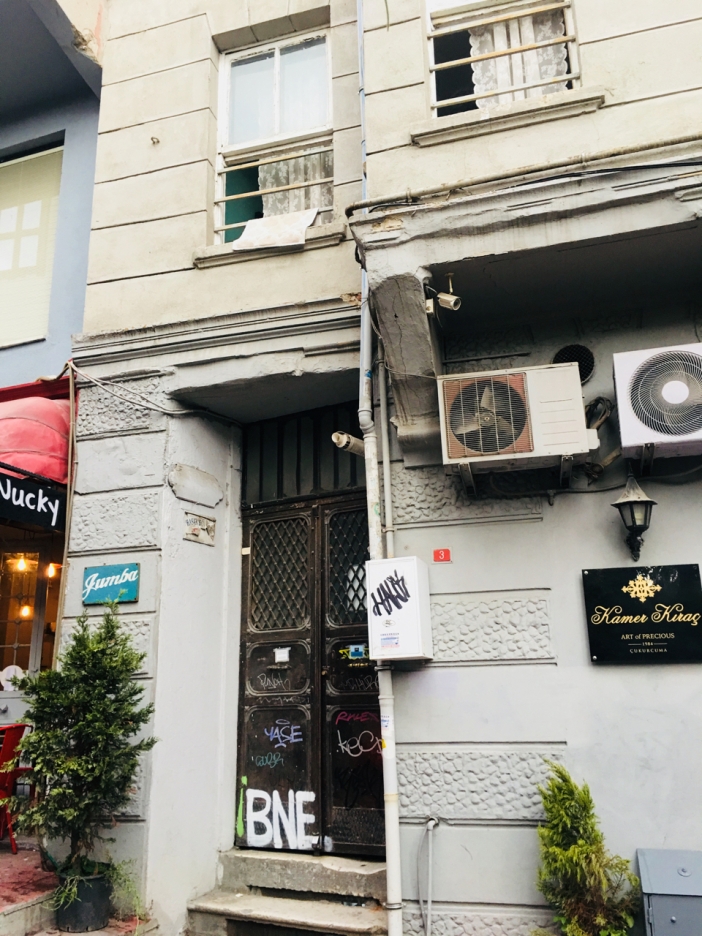 After a bit of a ‘Mission Impossible’ session to find the right door, enter the access code, find the hidden keys in a bookcase and figure out the trick to open the Hostel door, it was a self check in to a quiet, empty Hostel and a massive sigh of relief. I was finally here.

11.30pm Thursday – I’m in and can try to get some sleep before heading out to explore my new home bright and early tomorrow.

5.30am Friday morning, a call to prayer blasts me awake from the mosque right across the street…oh well I’m not getting any more sleep so why not. It’s a nice way to wake up actually, and a perfectly beautiful day to start exploring 🙂 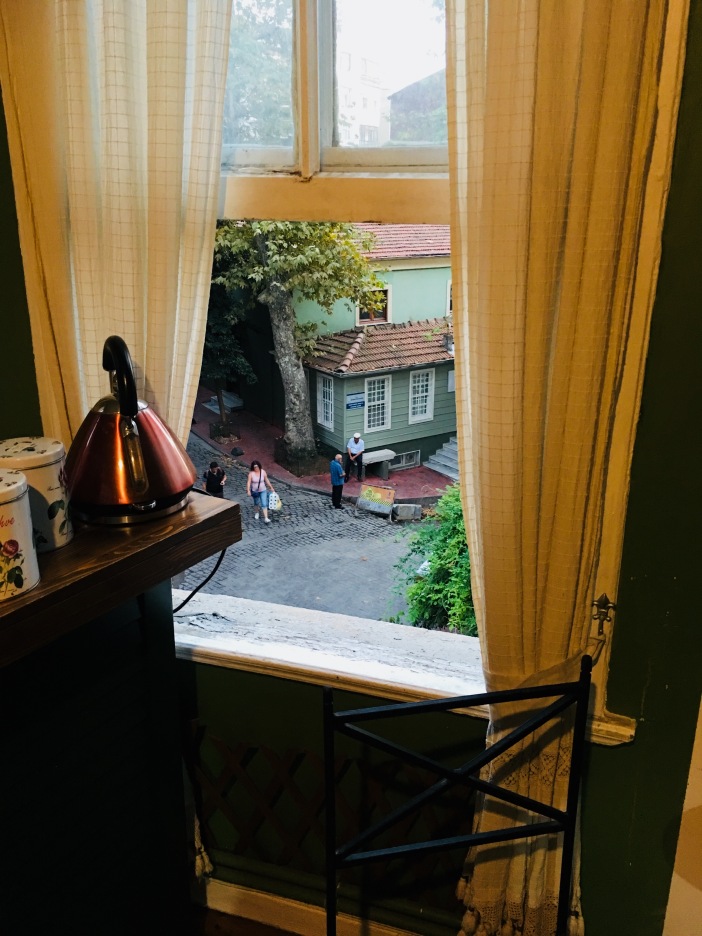 So what to do on Day 1? It was stinking hot and humid by 7am so the first port of call was coffee.  All I had to do was find a decent coffee shop closeby, and MAN was I in luck.

Staying in the heart of Beyoglu was pure luck as its full of art galleries, boutiques, cafes and third wave coffee shops…I’m in caffeine heaven here at the moment, and I soon found Kronotrop roastery about 3 minute walk away. BRILLIANT coffee and a quick double espresso plus croissant got me started for a long way of walking.Istanbul.

Now you’ll remember that I did virtually NO research on Istanbul. What I didn’t realise is that this city is built on 7 hills and is much like the hilliest parts of San Francisco pretty much all over.

If you walk, its a hillclimb all the way.

The first day I walked 17kms and by the end of it my legs were cramping and I was exhausted. But I felt AMAZING and had walked all over my neighbourhood to get my bearings, then headed farther and farther afield. By the end of the day I had a good grip of where I was and the layout of the city (at least this part).

Day 2 and 3 were me realising how massive this city is and how I cant possibly hope to explore it all even in 3 weeks (especially on foot, as Day 2 was over 20kms of city hiking, day 3 close to 24km).  My “dont have a plan” plan wouldn’t work here.

So I made a list : what were the touristy things to see and how could I get them out of the way first.

Galata Tower, Blue Mosque, Hagia Sophia Museum, Grand Bazaar, Egyptian Spice Bazaar, Bosphorus tour. These were the dot points that every other 3 day backpacker hits when they come to Istanbul, so I set out with a plan to cover them all off over the next few days and then dig a little deeper once I scratched that “tourist” itch.

Friday, Saturday, Sunday and Monday I walked close to 100kms around this city from dawn til dusk, at first ticking the tourist boxes and then getting purposefully lost. If I recognised a street, I’d turn off it just to see where the new road led.

Getting lost in a new city with no time constraints is a wonderful luxury and the best possible way to explore. Pretty soon I was heading out into areas that the tourists didn’t go. To the not so pretty areas, to the ruined derelict buildings and the garbage filled empty lots filled with streets cats, barking dogs and rotting refuse.

To the tourist free parts of town where life happens.

I learned that the street dogs with the green ear tags are rabies free and that the others aren’t. (soooo many street dogs). That the street cats here are actually well loved and cared for (it’s a City of Cats and its just wonderful).

I discovered that street food is safe and plentiful and I that need to try the stuffed clams and the fish sandwiches. That Gosleme and Manti are super easy to make and that a shot of aniseed flavoured Raki will blow your socks off. That Turkish standup comedy is hilarious and Open Mike Nights in English here are a lot of fun. That the roar of the city wide Call to Prayer is ‘live” here and not recorded, that the Blue Mosque and Hagia Sophia ‘sing’ to each other at Prayer Times, and that the Romans actually did actually do amazing things here that persist today (like the massive Basilica water cistern under the city and the 12 miles of aqueduct that supplied it) 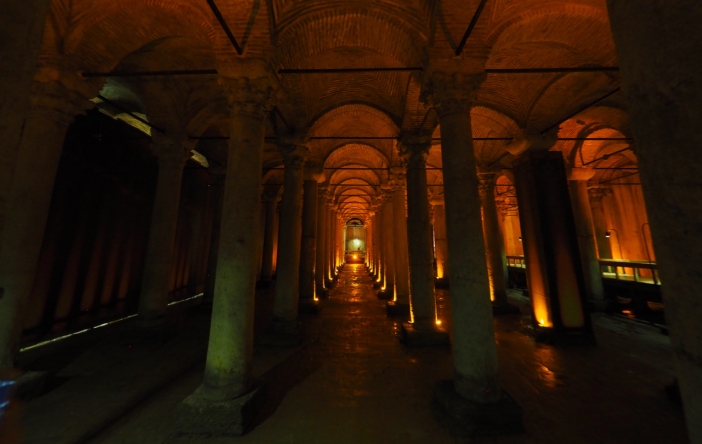 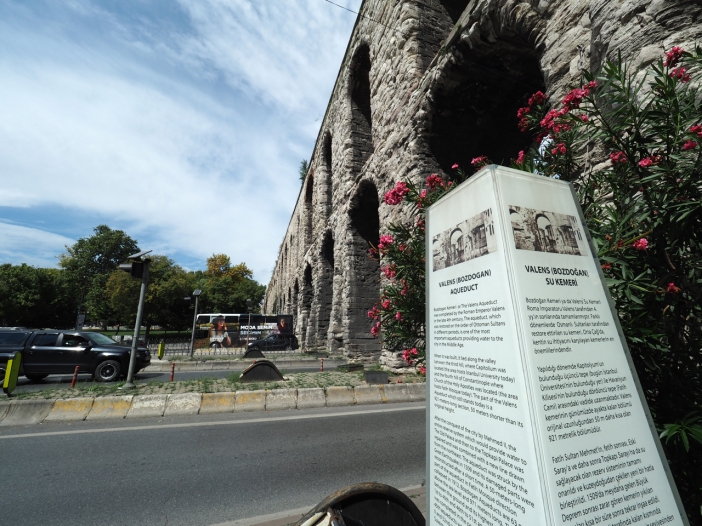 I also learned that the Internet is heavily monitored and censored by the government, that using VPNs is illegal here, and that negative online comments about the country and it’s leader can land you in prison. I wandered along discretely with the now-banned weekly ‘Saturday Mothers’ protest, snapping away quietly until the plainclothes Police began arresting people and the Riot Police moved in with water cannon trucks and tear gas; eventually getting noticed, picked up and questioned by the uniformed Police about being at this protest – ‘Who are you, what are you doing here, give me your camera…” – *more on this later. 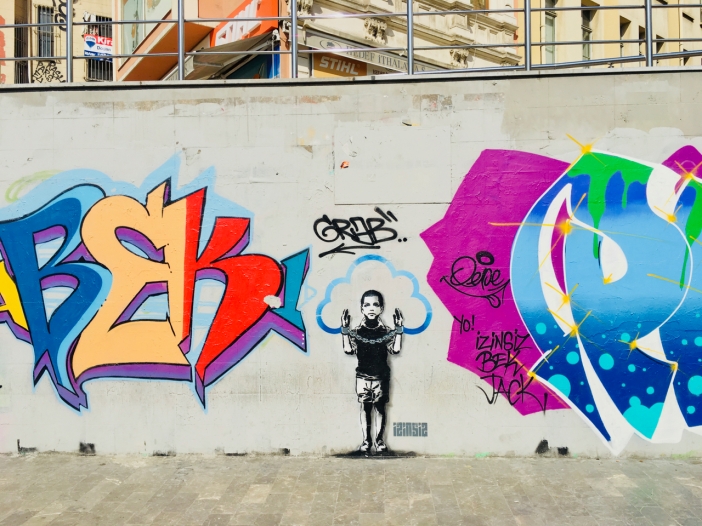 I was bewitched by the beauty of the Hagia Sophia and the Suleiman mosque, and the history on display at the Museums and Galleries, and found more of this city’s Roman and Byzantine history that is ever mentioned in the tourist brochures, and what I discovered delighted me. 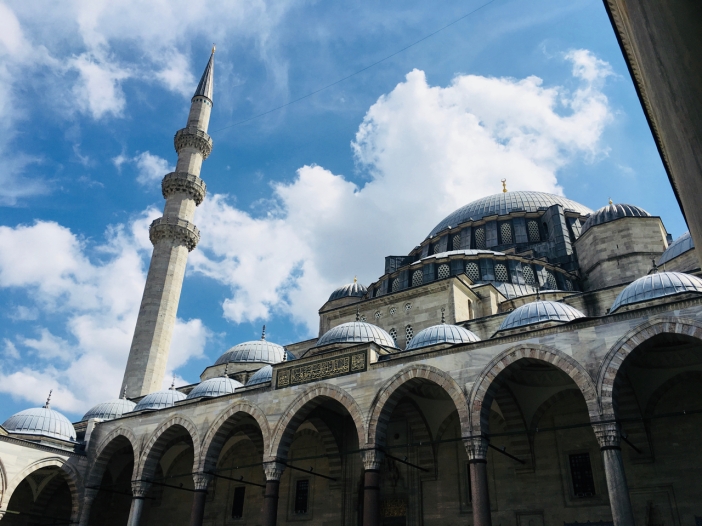 to be continued (once I’m in Nepal…)