Well I’m off again … after a short 10 days home in country Australia ( which saw both fantastic heavy rainfall and storms and a visit from Prince Harry and the missus) I’m just now departing Hobart on the good old orange icebreaker – Aurora Australis – for another summer stint at Davis Station on the Antarctic Continent. 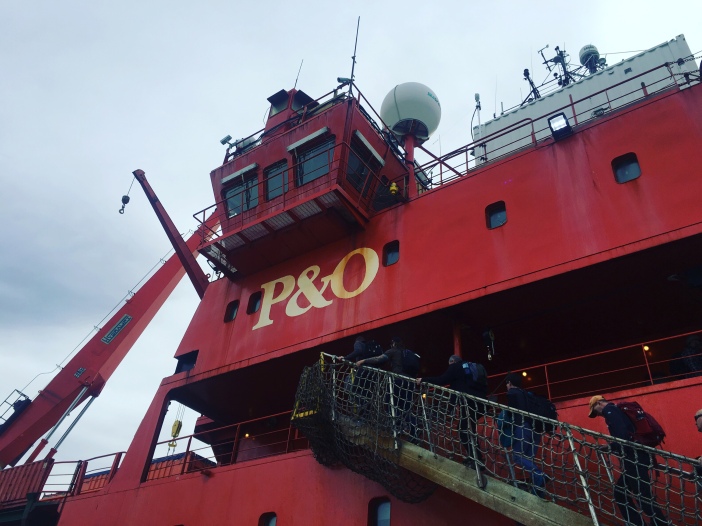 This time two weeks ago I was sipping my last hot lemon and honey in the Cafe With No Name in Kathmandu, and now I’m sailing south again, watching Hobart slipping away slowly past our starboard side.

The transition time – 10 days – between living as a free spirited world traveller and having to be a measured public servant working in a government department was nowhere near long enough.

It’s been ridiculously tough making the transition back to work mode this time and it’s only been today really since getting back on the ship that’s my work mode has finally switched back on.

Note to self : a few more weeks gap next time would be good (or better yet just keep travelling)

The good things : reconnecting with my Antarctic Division family and friends – it really is like coming home and everyone is amazing. Without exception. Best workplace in the fraking world.

Being back on the Aurora Australis is a pretty close second.

Having approximately 80% of 100 Expeditioner first timers on the voyage is cool cool cool as well – so unusual and the levels of unbridled enthusiasm, excitement and confusion on this ship is contagious!

oh, and accidentally bumping into a good friend of mine (after losing touch and not seeing him for 18 years) randomly in the lobby of a hotel here in Hobart. This blew my mind and we went out for a beer and a burger at the Winston (my favourite pub here)

Yummmmm and not forgetting The Winston Burger with Reaper Chili spice and their Winston Pale Ale – my God.

I just love this job.

The bad? Hmmm. Not a lot this time.

A little bit of work awkwardness that was only in my head as it turns out. I got over it.

Being indoors. All day. FML any longer than a week would kill me.

That’s it! No negatives – everything is cool cool cool 👍

We’ve had our shipboard briefings and a muster already, set up our bunks (sharing with two and not three peeps this time so #LUXURY), unpacked and settled in for the best voyage of the season – ANARE 72 come at me! 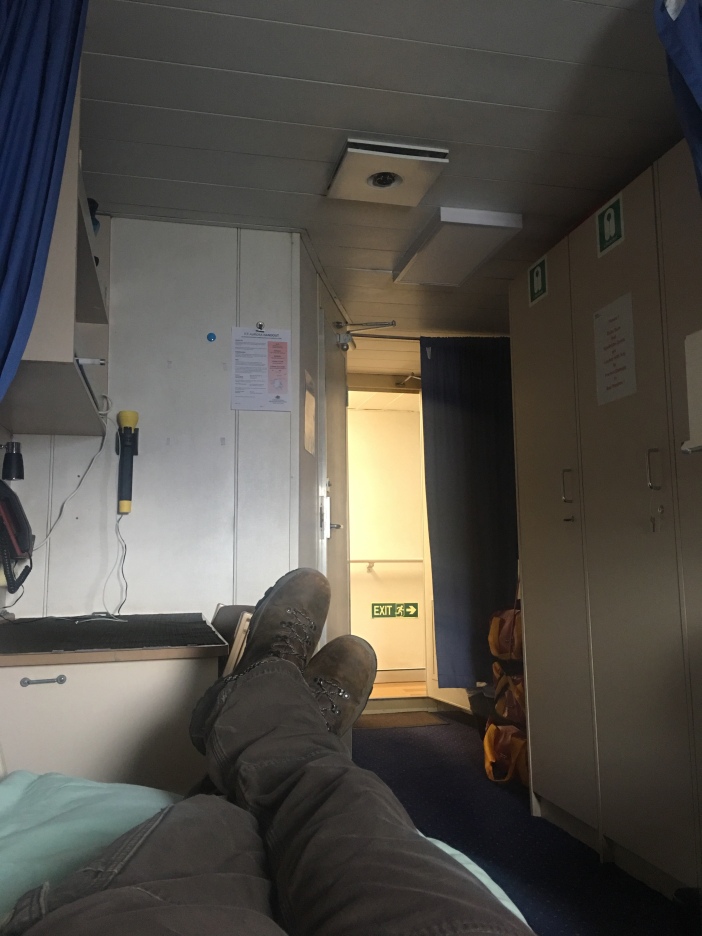 *The chugging and vibration of this ship is the single most relaxing thing I’ve felt for years ( 💗 ships) and I will sleep like a happy baby this trip.

“Well, Not Monstrous seas…” was the Bureau of Meteorology formal comment apparently.

Bring it on baby !!! I love monstrous seas. We topped out at 9m I think last trip down.

Loving life at the movement and that inner child is stirring again finally.

Anyway I’ll be in a 2 week Comms blackout soon so no blogging life – I’ll post about the journey ( and have some cool photos) when I get to Station and tell you all about my second summer season at Davis Station!

For now though it’s nap time, then dinner !

Later! (and yes I’ll finish the Nepal post at some stage as well)